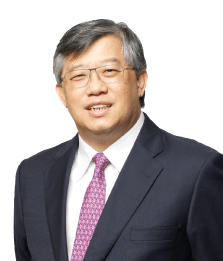 Mr. Chew Seng Kok is the Director of ZICO Trust and the Managing Director of ZICO Holdings Inc. (“ZICO”) and is primarily responsible for the business development, overall strategy and management of ZICO.  ZICO is an integrated provider of multidisciplinary professional services focused on the ASEAN region, providing advisory and transactional services, management and support services and licensing services.

Mr. Chew started his career in 1985 as a legal assistant in Presgrave & Matthews before joining Chapman Tripp Sheffield Young in Wellington, New Zealand and subsequently joined Baker & McKenzie, Singapore in 1989. In 1991, he joined Zaid Ibrahim & Co as a partner where he rose up the ranks to become its managing partner in 2004. He assumed the role of regional managing partner of ZICOlaw in 2011.

Mr. Chew graduated with a Bachelor of Laws (Honours) in 1984 and obtained a Master of Laws (First Class Honours) from Victoria University of Wellington in 1990. Mr. Chew has been recognised as a leading lawyer in the Chambers Global Guide and acknowledged as one of Asia’s leading business lawyers in the Asia Law Leading Lawyers and was shortlisted for the Most Innovative Lawyer award at the FT Asia-Pacific Innovative Lawyer Awards 2014. He is a member of the ASEAN Business Club and is also a member of the Executive Council of the International Center for Law & Legal Studies, which is a body under the Attorney General’s Chambers of Malaysia.

This site is best viewed in Google Chrome. © 2021 ZICO Trust. All rights reserved.